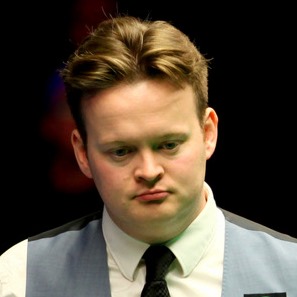 SHAUN MURPHY took the honours as he topped the Group Five round robin and then defeated the Welsh pair of Ryan Day and Dominic Dale to book his place in the final group of 2014 Championship League Snooker at Crondon Park Golf Club in Essex.

With the pounds for frames prize structure, plus bonuses for reaching the play-offs, Murphy collected £6,200 for his efforts while Dale earned a tidy £4,500.

Murphy continued his form from the weekend, when he won the PTC event in Poland, and a string of solid performances saw him over the line: “I think it’s a benefit of the tour being so busy that when you are playing well you can get on a good run.

“When things aren’t going so well you sometimes want to get off the bus but when you are playing well you can get on a really successful run.

“I am chuffed to get through to Winners’ Group. In the past this has been a good tournament for me but I was being to think I might go through every group and not get through,” he added.

Murphy now moves into the final group in March where he will join Ricky Walden, Joe Perry, Judd Trump and Stephen Maguire as well as the winners of Groups 6 and 7.

The winner then goes through to the final group on March 5th & 6th where big money is up for grabs. The two bottom players are eliminated from the competition, while the remaining four move forward to Group Six starting 12th February.

Play starts at 11.00am and live scoring can be found at www.worldsnooker.com